Black and African American festivals, concerts, and cultural events in the Midwest for a weekend getaway!

Concerts and festivals in Columbus, Dayton, Louisville, Indianapolis, and Cleveland

There are many concerts, festivals, and art exhibits featuring Black people and tailored to the Black community. Events are scheduled in Cincinnati cities such as Columbus, Dayton, and Louisville.

The information in this article is as current as the publication date. Readers are encouraged to confirm the information and check venue guidelines before arrival. You may need to buy tickets in advance.

Rap Concert
January 31, 8 p.m.
$35
Mercury Ballroom, Louisville, Kentucky
Destroy Lonely is an American rapper best known for his studio album No Stylist, which peaked at number 91 on the Billboard 200.

An Evening of Love and Soul

Play
February 14 – February 19
$25 – $79
Victoria Theatre, Dayton, Ohio
In 1944, on a Louisiana Army base, two shots rang out. A Black sergeant is murdered. And a series of interrogations triggers a gripping barrage of questions about sacrifice, service, and identity in America.

R.E.S.P.E.C.T. – A Celebration Of The Music Of Aretha Franklin

Concert
February 24 – February 25
$25 – $89
Victoria Theatre, Dayton, Ohio
The concert features all your favorite hits in one evening, including “Natural Woman,” “Think,” “I Knew You Were Waiting for Me,” “Chain of Fools,” “Respect,” and many more.

Blues is All Right Tour

Orchestra Performance
May 19 – May 20
$5 – $68
Schuster Center, Dayton, Ohio
A delicious example and a gorgeous vehicle for the instrument’s sonorous voice, especially as performed by young Sterling Elliott

Ain’t Too Proud – The Life and Times of the Temptations

Broadway Play
June 13 – June 18
$26 – $109
Schuster Center, Dayton, Ohio
The smash-hit Broadway musical that follows The Temptations’ extraordinary journey from the streets of Detroit to the Rock & Roll Hall of Fame.

Related Article: African American museums to visit across the country.

Did we miss a few Black and African American festivals and concerts? Please do not keep them to yourself. Contact us at The Voice of Black Cincinnati for any Midwest events we may have missed in the African American community.

The Voice of Black Cincinnati is a media company designed to educate, recognize and create opportunities for African Americans. Want to find local news, events, job posting, scholarships, and a database of local Black-owned businesses? Visit our homepage, explore other articles, subscribe to our newsletter, like our Facebook page, join our Facebook group, and text VOBC to 513-270-3880. 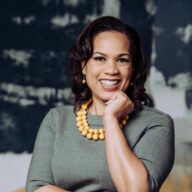