Leslie Isaiah Gaines, a flamboyant, booming baritone-voiced, black derby-wearing, larger-than-life man (who at times, at 6 foot 4 inches, weighed 250 to 300 pounds) was one of the most influential African American civil rights leaders and community activists in Cincinnati, Ohio (also known as the Queen City) from the 1970s the early 2000s.

Gaines’ passion for social justice and legal fairness, especially in the city’s many courtrooms, both as a fiery defense attorney and a witty Hamilton County Municipal Court Judge, enabled him to gain a powerful reputation as having one the best legal minds of his era in the region. He also was a champion for the thousands of less fortunate African American citizens who lived in the area.

In 1973 Gaines helped to establish the Black Lawyers of Cincinnati Association, which took on both little-known and high-profile cases for individuals who could not afford to pay the regular fee commanded by most lawyers in the city and county. Several years later, in 1977, Gaines became a household name by being one of the first African American lawyers in the nation to advertise his services as a pre-eminent defense attorney nationally.

His commercials aired during national shows such as Good Morning America and Monday Night Football. He contended that such commercials instilled a belief in many African American young people the view that the legal professional was an employment area that they could aspire to become a part of at all costs.

In 1993 Gaines’ outstanding legal mind and dedication to eliminate unfair treatment in all forms within the legal profession and be an activist for the city’s minority population helped to lead to his appointment as a Hamilton County Judge by Ohio Governor George Voinovich. As a Judge, he would wield a giant gavel while continuously saying, “This is the giant gavel of Justice.”

Several years later, Gaines decided and subsequently dedicated his life to traveling the region and country as an evangelist as well as performed on numerous occasions as a powerful motivational speaker. Soon many awards followed. But, despite these various accomplishments, very few people are aware of his powerful impact on improving race relations and advocating for social justice in the city of Cincinnati.

Without understanding the past, it is difficult to grapple with the present. Thus, to thoroughly examine how individuals like Leslie Isaiah Gaines came to prominence, here are Black Cincinnati Books one must read on the history of the African Americans in Cincinnati.

Black Cincinnati Books to learn about the history of African Americans 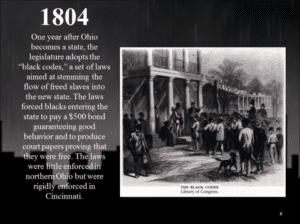 Wendell P. Dabney
First published in 1926, the volume chronicles the city’s most influential and successful African American Cincinnatians. Still today, it is one of the most important books that explore the city’s rich African American heritage and culture.

Keep on Fighting: The Life and Civil Rights Legacy of Marian A. Spencer

Dorothy H. Christenson
Marian Alexander Spencer was born in 1920 in the Ohio River town of Gallipolis, Ohio. Following the example of her grandfather, a former enslaved African American and community leader, Young Marian joined the National Association for the Advance of Colored People (NAACP) at thirteen. She grew up to achieve not only many civic leadership firsts in her adopted home city of Cincinnati, Ohio but achieved a significant and lasting legacy for African American Cincinnatians.

LaVerne Summerlin
This project began with Summerlin’s decision to interview and/or read about 100 alumni and/or their parents who were educated in those inner-city Catholic schools between 1940-1970. Their personal stories are at the core of this narrative that details the Catholic church’s impact on their lives. In addition, it tells of the collaborative efforts between members of the many religious orders and lay ministers.

John Emmius Davis
In Part III of this powerful volume, the editor tests the plausibility of his overall framework of the book within the social and political realities of an inner-city neighborhood known as the West End in Cincinnati, Ohio.

Frontline of Freedom: African Americans and the Forging of the Underground Railroad in the Ohio Valley

Keith P. Griffler
In shifting the focus from the much-discussed white-led “stations” of the Underground Railroad to the primarily African American led frontline struggle along the Ohio River, particularly in Cincinnati, Ohio, the author reveals for the first time the crucial importance of the freedom movement in the Queen City.

Cincinnati’s West End: Through Our Eyes

John W. Harshaw, Sr
This one book chronicles the author’s journey growing up in the West end of Cincinnati, Ohio.

Eric R. Jackson and Richard Cooper
This primarily pictorial volume examines the origins and development of the Underground Railroad in Cincinnati, Ohio. Both obscure and well-known places and individuals are examined in this volume.

Related article: The History of African Americans in Cincinnati

Answering the Call: An Autobiography of the Modern Struggle to End Racial Discrimination in America

Marty Ford Pieratt
Chuck Harmon’s compelling life story symbolizes all that is good about America’s pastime and its oldest professional franchise. His great-great-grandfather fought and died for freedom in the Civil War. Less than 100 years later, Chuck Harmon was still fighting for justice – not with a gun and bayonet, but with a golden glove and becoming the first African American baseball player for the Cincinnati, Reds in 1954.

A Hairdresser’s Experience in High Life

Eliza Potter
This book examines the life of Eliza Potter, who was a freeborn African American woman who, as a hairdresser, was in a unique position to hear about, receive confidences from, and observe wealthy white women who resided in or traveled throughout Cincinnati, Ohio during the antebellum period. 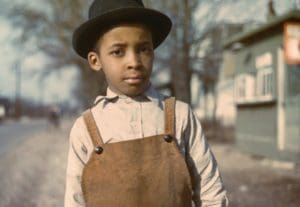 Henry Louis Taylor, Jr
This edited volume provides a rich view and context to explore the social, economic, and political development of African American Cincinnatians. These articles also offer insight into both the dynamics of racism and a community’s changing responses to it.

Nikki M. Taylor
As a pioneer educational activist in Cincinnati as well as throughout the state of Ohio, Peter H. Clark led the fight for African Americans’ access to Ohio’s public schools. He became the first African American principal in the state. He supported all-Black schools and staunchly defended them even after the tide turned toward desegregation. As a politician, intellectual, educator, and activist, Clark was complex and enigmatic. The author explores Clark in much detail and precision.

Nikki M. Taylor
Nineteenth-century Cincinnati, Ohio, was northern in its geography, southern in its economy and politics, and western in its commercial aspirations. While those identities presented a crossroad of opportunity for native whites and immigrants, African American Cincinnatians endured economic repression and a denial of civil rights, compounded by extreme and frequent mob violence. No other northern city rivaled Cincinnati’s vicious mob spirit. Despite this environment, the author examines how African Americans in the city persevered.

About the author, Eric R. Jackson

With almost 30 years of academic experience at the university level, Dr. Eric R. Jackson teaches in the fields of American and African American History/Studies, Race Relations, and Peace Studies.

He also has a vast knowledge of Black Cincinnati books. He has published over 50 publications, including journals such as Africology: The Journal of Pan African Studies, the  Journal of African American History,  and the  International Journal of World Peace.

Dr. Jackson also received the Goodwill Ambassador for the Golden Rule Award in 2016 and the Second International World Civility Award from IChange Nations in 2017.

‘The Voice of Black Cincinnati is a media company designed to educate, recognize, and create opportunities for African Americans. Want to find local news, events, job posting, scholarships, and a database of local Black-owned businesses? Visit our homepage, explore other articles, subscribe to our newsletter, like our Facebook page, join our Facebook group, and text VOBC to 513-270-3880. 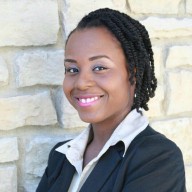 Writer, The Voice of Black Cincinnati

Three people were found dead in a home in the 3600 block of Canyon Drive in Avondale at 5:30 this morning. Homicide investigators are responding. Please pray as families are waking up to receive death notifications of their loved ones. 🙏 ... See MoreSee Less

This is so devastating as she lost her young daughter last year. Prayers for your family. Sweet lady

Smh scared to hear the names. Too much heartache to bear 💔. Texting my kids asap.

Praying for your family.

God these times are so scary. Prayers for the families.

My Condolences...Prayers for the family and friends 🙏💔

Prayers for their families and friends. God please stop the insanity.

Sending prayers for all families and friends affected by this tragedy. 🙏🏻

🙏🏻🙏🏻🙏🏻 Sending prayers of strength , healing and comfort to the families

Lights was every where police outside wow wat could have possibly happened to take out all 3?????HUMMM

Sending condolences & prayers to the Families 🙏🏽

Part of my other side of family

Prayers for their family

Sweet LORD JESUS, please cover these families with your grace and comfort during this difficult time 🙏🏾