Learn more about your heritage with these Cincinnati Black historic sites. 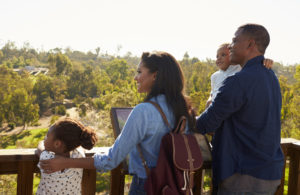 It is known that Cincinnati played a major part in abolitionism. In the 1800s, African Americans first came to the area, attracted to jobs in the riverbank slaughterhouses that were considered unfavorable to most other groups. A great influx of free African Americans, newly freed slaves and escaped slaves found Cincinnati appealing. This means there are Cincinnati Black historic sites everyone who lives or visits the city should see.

Allen Temple AME Church
7080 Reading Road, Cincinnati, OH 45237
Directions
This church is the oldest operating African American church since 1984. The mission was to provide more freedom and autonomy for worship while influencing positive change toward racial equality and community empowerment.

United American Cemetery
Duck Creek Road and Strathmore Drive, Cincinnati, OH
Directions
This cemetery is said to be the oldest African American cemetery. It was founded in 1844 by the United Colored American Association. The United Colored Associationâs early officers included Robert Gordon, a former slave who came to Cincinnati in 1847 and purchased his freedom and became a wealthy coal dealer.

Stay in-the-know with these TV series and movies with Black actors.

Black Cincinnatians can bring more attention to these sites by visiting. Also, talk to your senior relatives and see what they know. If there are any standing sites we have missed, please let us know at The Voice of Black Cincinnati.